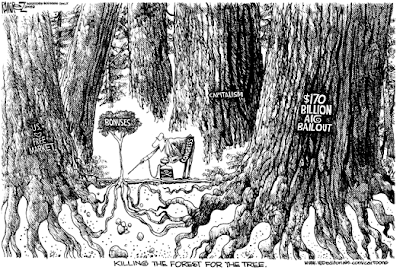 If a Tea Party happens and the news does not report it, does it still have the same effect?

But the real reason the major media aren't interested in these protests is that they don't agree with them. In the final analysis, these affairs are really taking issue with the political party they helped elect without hiding bias in the last election.

That's why a small scrum of Acorn-financed wackos on a bus tour to intimidate AIG execs last weekend made the news while the tea parties didn't.

Update: Thank you for the links, Suzanna Logan and Stacy McCain.

Update II: Right Wing News and Monique, welcome as well. And I have lost track on how it got to wrestling.

Update III: For the wrestling, it will be the best of three rounds. A tub of jello, a tub of mud and a tub of a substance to be agreed upon at a later date. So much for the 'family friendly' theme.