Friday Full Metal Jacket Round Up

And also a chance to post links I've been saving up that needed to be posted but ran out of time.

In a need to channel my inner Ayn Rand.

David Brooks has nothing on Doc Zero.

Slow boil. Is the US already a police state? I think it's closer than most people would like to think.

This has been the most horrible use of Twitter I think I have ever seen. She even did a video to explain herself.

California legislator demonstrates why there is a mass exodus from that state.

Doug pulls a twofer. With a picture of the day week month year and the audio clip to go along with it. Because when you have lost Howard Stern, you've lost the Easily Amused With Tales Of Bestiality Crowd.* It's a start.

Sorry, Carol and Carol. It's going to be Michigan State. 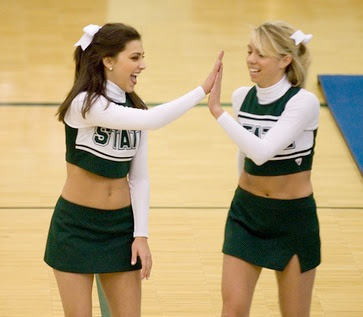 Two more notes about Health Care Takeover and what it means for the middle class. And how any costs, real or imaginary, will be blown out of the water with Illegal Immigration reform.

That should do it until next week.

*I would listen to him from time to time when I lived in Michigan and had to be in the Detroit area. The last time I purposefully listened to him was when he had a caller on talking about having sex with a dog. Howard didn't approve but he enabled the guy by having him on the air. So I enabled myself to turn his show off.
Share |
Posted by Dave C at 2:53 PM