The Tax Day Rally In Richmond

The weather was much nicer than last year and, according to WTVR in Richmond, the crowds were larger too. The Tea Party isn't going away. 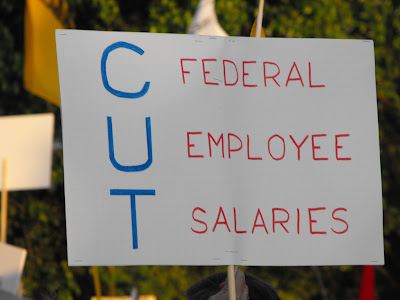 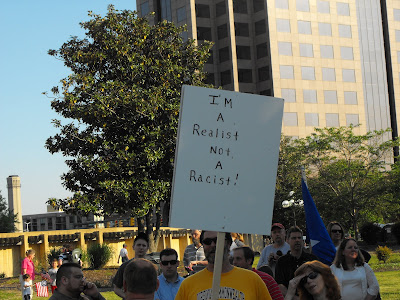 A no frills message. 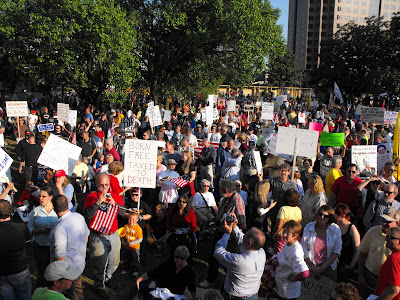 The view from the stage. 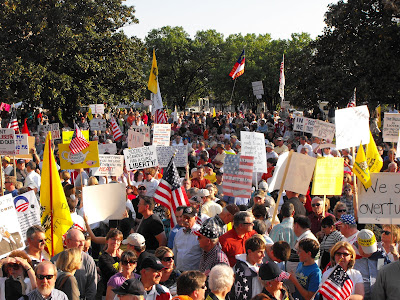 One more from the stage.  RTC had a much higher stage and louder sound system than last year.  Lessons learned and applied. 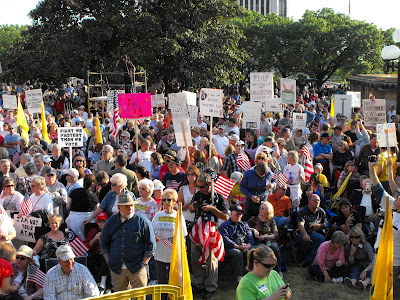 Last picture from up high. 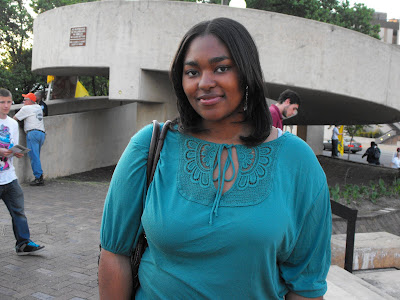 She was with the Republican Liberty Alliance. Trying to reform the Republican Party from the inside. She also brings up this clip from Real Clear Politics. NBC News reporter Kelly O'Donnell asks a black man at a Tea Party, "Have you ever felt uncomfortable?" 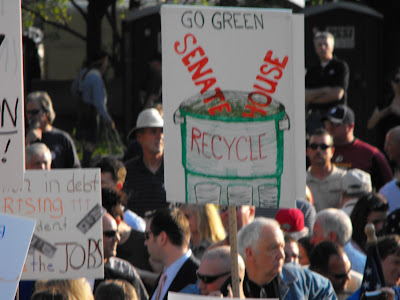 A green job I can get behind. 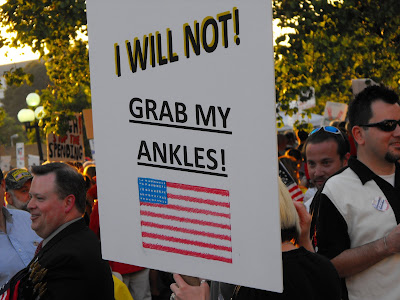 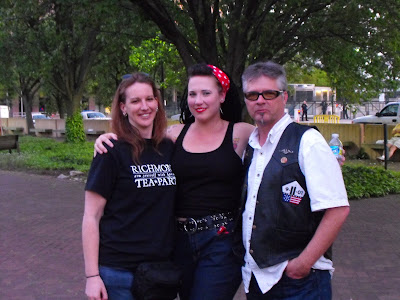 They are not seen here but the lady in the middle had some very cool looking tattoos.  There is a market for Conservative Ink after all. 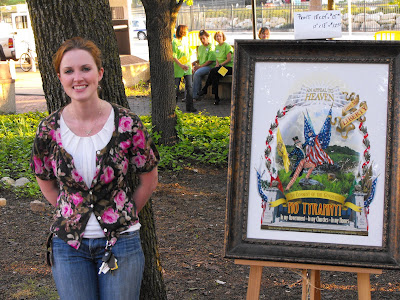 Great turnout for the Tea Party. And this was the Richmond Flying Squirrels home opener too. 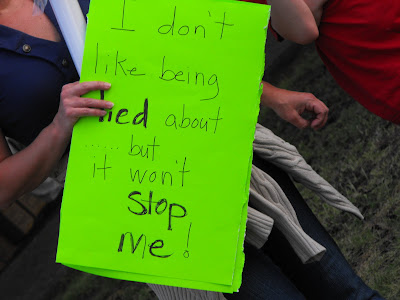 This was this years version of "It doesn't matter what this sign says, you will call me 'Racist' anyway".
VA Attorney General Ken Cuccinelli made a brief appearance but didn't speak to the crowd. The RTC is non-partisan and has purposefully stayed away from letting elected officials campaign speak. More power to them for doing that.

Charles Payne of Fox Business News brought the crowds to cheers and applause when he gave his keynote address. Some minor criticism went out to the RTP for having a paid speaker. In their defense, he was worth the price. Not only was it an inspiring speech but there was something about having 'Star Power' there. Not that there wasn't any coverage from last year but with this year, the local networks were wanting to get backstage and get some soundbites from Mr. Payne. The coverage was a little more intense. Giving the Tax Day Rally that much higher profile of an event.

And the higher the profile, the better the chances of the Tea Party message has to reach that much more people.