NPR Is Really Unbiased And I Run The New York Times

Some may consider the James O'Keefe NPR sting Only A Game but it helps reveals an issue that many have known for some time about taxpayer funded media. That by the very fact they are on the public dole, they can't be unbiased.

For a while, the Talk of The Nation was John Ensign.

From The Top, NPR has been on the John Ensign affair issue for some time. Why not? He's a Republican.

But Tell Me More about Democrat Alcee Hasting's sexual harassing a subordinate?

So in the case of two consensual adults having relations that is more than just Car Talk, it's news. In the case of a disgraced and impeached federal judge turned congressman making unwanted sexual advances toward an employee, it's not.

On Point, it all depends on what their political party is.

All Things Considered, would NPR run story about the political party that favors them?

Wait, Wait. Don't tell me. It's the party that fell over backwards in order to get a photo opportunity with a gopher or whatever the hell kind of animal Arthur is in order to scare monger kids into thinking Republicans are going to take PBS off the air. 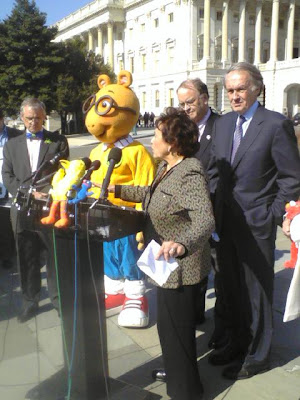