SHOCKING! Distrust Of The Federal Government Is On The Rise! 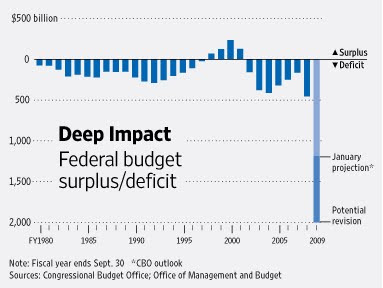 Going back to TARP and the bail outs of last year, the Congress and the President failed to listen to their bosses (We The People). Compounding upon that fact is the mismanaged 'Stimulus' with made up jobs and make believe numbers. An unemployment number of over 10% when it was promised it wouldn't shot over 8% if the 'Stimulus' was passed. So it's no surprise when the number of people who are angry at the federal government are on the rise.

Seventy-one percent (71%) of voters nationwide say they’re at least somewhat angry about the current policies of the federal government. That figure includes 46% who are Very Angry.
[. . .]
The data suggests that the level of anger is growing. The 71% who are angry at federal government policies today is up five percentage points since September.

Even more stunning, the 46% who are Very Angry is up 10 percentage points from September.
[. . .]
Seventy-one percent (71%) believe the federal government has become a special interest group that looks out primarily for its own interests. Sixty-eight percent (68%) believe that government and big business work together in ways that hurt consumers and investors.

Opposition to the health care plan proposed by the president and congressional Democrats remains high.